(From Madness – “One Step Beyond” film clip)

I loved Madness when I was younger – especially the song “One Step Beyond” – which seems appropriate now that I’m free from the rut I found myself in, working in a lackluster job where I was slowly dying inside. Stress was the number one factor in my decision to leave, but it helped that our situation allows for it.

Seeing the Madness gif brought back memories, when I was younger and had such high hopes for the future. Ageing can be bittersweet – when you realize that most of your dreams got lost in the static of everyday life and trying to make a living. (For some – simply surviving  and putting one foot ahead of the other can be a daunting experience.)

Family life, responsibilities and trying to fit into a society where you already feel like a fringe-dweller can take most of your time – if not all of it. That’s why it was such a momentous occasion for me to shrug off the shackles of a 9-5 job and immerse myself in my writing and freelance gigs. 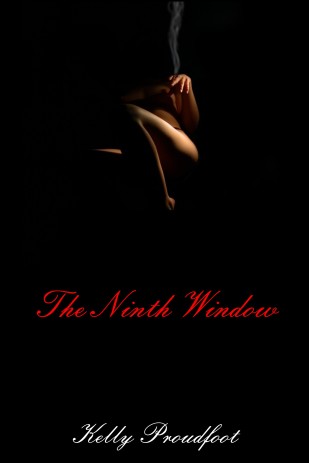 (This is my “tentative” cover!)

It’s called “The Ninth Window” – and it’s about nine women with one thing in common. (A secret until the end!) They share their intimate tales with Louise – a counselor who runs a writing workshop they’ve all attended. When it’s discovered that Louise “piked out” and did not contribute a story to the group – she is given two weeks to come up with one – and it’s a doozy! (Especially when her husband finds it!)

I’m about to start my ghostwriting job (found at Outsource) and finish my novel “The Willow Lake Group” – which is about a literary group in a mysterious town, where a young man falls in love with a woman’s handwriting – only to “lose” the woman to another new guy in town. (Hilarity ensues – along with heartache!) There are many fascinating characters, twists and turns – along with a magical cookbook!

It’s so strange being out of work – deliberately – or at least, to leave the “rat race” and be my own boss. If you saw last week’s post, you witnessed me at my best – in terms of planning and organizing. I’m an incessant (obsessive) “list-maker” and everything always looks great on paper until it’s time for execution. Even though I completed and polished a novel – I’ve spent a lot of time taking naps.

Robert predicted that I would probably crash – and I did – in batches. It’s amazing how pent up stress, anguish, depression and anxiety (especially when related to your work) can take a huge toll on your physical and mental health. You don’t realize it when you’re in the thick of it – but once you step outside of it – the maelstrom appears like a menacing storm-cloud, which hovers over your head just waiting to absorb you and infect your life.

As a side note, my manager tried to argue with me about my reasons for wanting to leave – rather than take me aside and openly discuss my concerns. I’d written a simple resignation letter – with a “Part B” as backup – in case they really wanted feedback. They asked – I gave it to them – all five pages. I was impressed with myself for not using any expletives!

She tried to tell me that “all jobs involve stress” and that I’d left my previous job due to stress – hinting that maybe I was the problem. I had to correct her (politely) by stating that I left my previous job due to the constant onslaught of face to face contact with marginalized welfare recipients. It can be a rewarding job, but also terribly and highly stressful – especially when you’re case managing 160+ people, most of whom are doing their best not to participate or even worse, who believe that yelling and threatening is the only form of communication.

Secondly (unlike my manager) I have worked across a variety of industries throughout my career – public and private – and have always worked well under stressful conditions. The everyday stress of trying to get work done is of no issue to me. Trying to do the same thing under management that is akin to either the Keystone Cops or the Three Stooges – coupled with the burden of performing the work of at least two to three people – makes the stress just a tad more unbearable. Throw in a snake in the grass sociopath who enjoys lording it over people, relentless phone calls and emails when everyone has been allowed to go on leave at the same time – with a panic-merchant of a manager who operates as a knee-jerk reactionary at the eleventh hour, well – you get the idea.

I had to keep reminding myself over the last few weeks that there was a light at the end of the tunnel. I’m fast approaching fifty (gulp!) and it’s now time for me to finally take the reins and forge my own path. No more knuckle-headed dimwits to have to deal with. No more endless paper shoving and pen pushing in a sterile environment where punchy keywords and pseudo-intellectual catchphrases are used in place of realistic, concrete goals and actual outcomes.

No more pretentious backslapping or kowtowing to “leaders” who are only concerned with empire building and peacocking.

I know that it seems as though I’m “purging” or exorcising my demons – but I’ve had a whole lifetime’s worth of horseshit to deal with in my “career” – just like most of the rest of us. The funny thing is – I was the common denominator. I made those decisions to accept those jobs and it was my consciousness (or rather – my “self”) who dictated how I experienced them and the people I dealt with.

I’m just grateful that I was able to see the light and strike while the iron was hot – backed up by the support of my husband. When opportunity knocks – grab it by the hand and don’t let go. It would’ve been easy for me to freak out and opt for the tried and true path – which was the “stable” job in the conventional world. I would’ve ended up even more bitter if I had stayed!

So – now I’ll give you an update on my “healthy regime” – with a series of gifs to illustrate how my week went (like an 80’s montage or interpretive dance!):

I’ll post some recipes on Sunday. See you then!